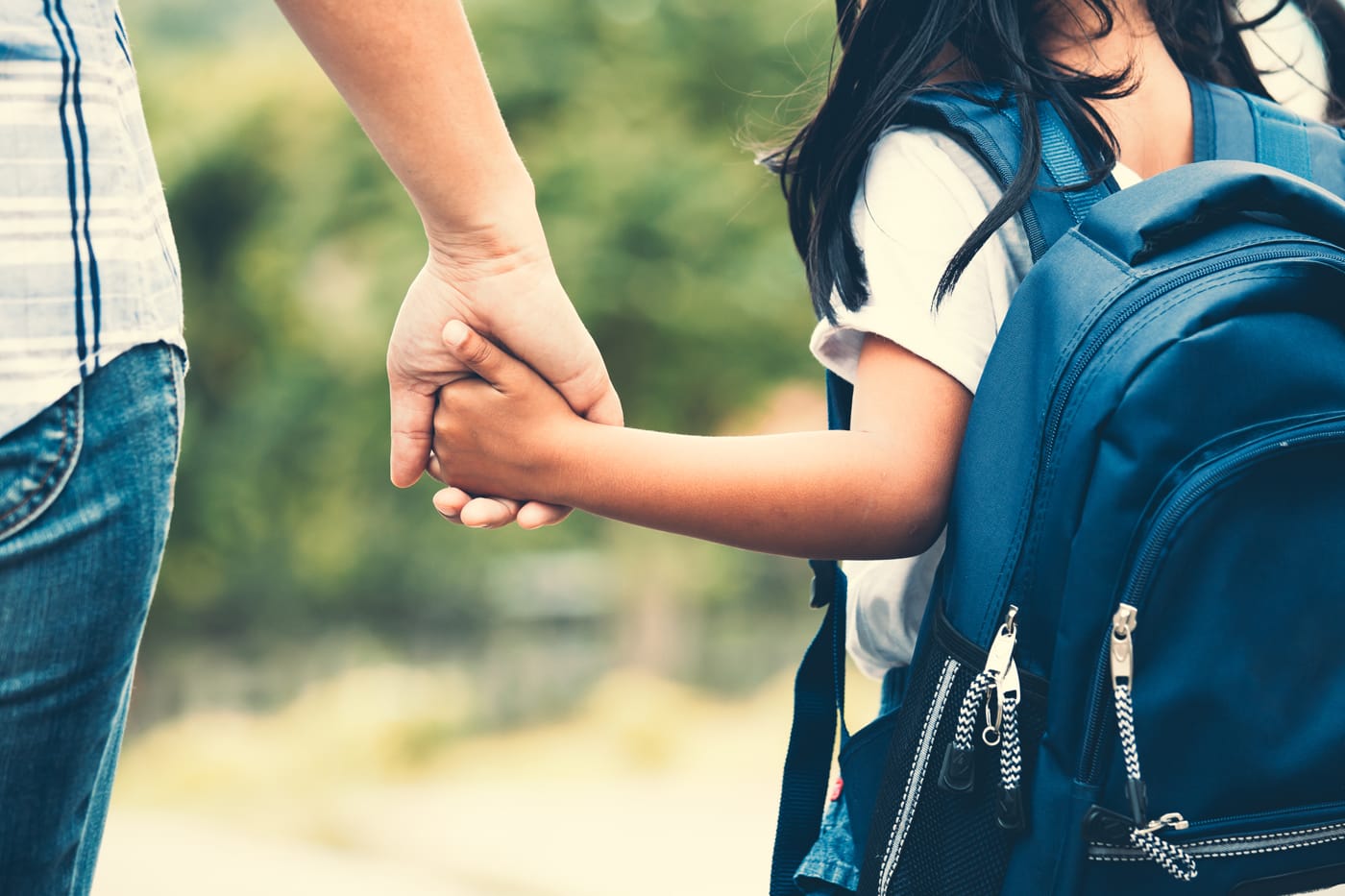 Signs of Sexual Abuse and How to Respond to It

If a child or teen in your life has experienced sexual abuse, or you suspect that they may have, it can bring up a lot of questions. How can you know? What are the signs? What do you do? You may also run through a whole range of emotions as you process this new information. You can be in a position to help them, and possibly reduce their trauma in the long term. At Defend Innocence, we understand how difficult this can be, so we’ve tried to make it easy for you to find information below (and on the rest of our website) that can help you know what to do and how to act now.

One of the greatest gifts you can give to a child or teen who has been sexually abused is to believe them and support them.

When Your Child Has Been Sexually Abused

Whether they told you themselves or you recognized some of the signs, discovering your child has been sexually abused can be painful and heartbreaking. You might feel despair, rage, numbness, hopelessness, or may even experience symptoms of trauma yourself. You might feel guilty or have the desire to hurt the person who abused your child. These feelings are natural and common among parents of survivors of child sexual abuse.1 You are not alone.

There is hope. Despite how bleak the situation may seem, your child can heal. They aren’t limited to a lifetime of trauma or misery. You have more power than you may think in helping them be resilient in the aftermath of abuse. In fact, research suggests that the level of support from the family may be more influential on the survivor’s outcome than the severity of the abuse.2 In other words, your love for them is one of the most powerful forces available to help them heal from abuse.

Your Words and Actions Matter

Your words and actions have a great impact on your child. In 2014, a group of researchers asked adults who had been sexually abused as children how their parents reacted when they found out about the abuse. The survivors whose parents were unsupportive had higher levels of “anxiety, abandonment, and psychological distress.” On the other hand, the survivors whose parents were supportive showed similar levels of adjustment to that of adults who had never experienced any sexual abuse at all.3

By offering continued support and unconditional love, you have the power to give your child a head start toward healing. Modeling resilience with your response and taking action to show that your child matters will not only help them heal from the sexual abuse they have experienced, but will also set them up for success in their future relationships.

If you discover your child’s sexual abuse through another source (other than your child verbally telling you), it doesn’t mean your child doesn’t trust you. They may have been threatened, they may have feelings for the person who abused them, they may be afraid they or the other person will get in trouble, or they may not understand the situation. As a parent, it’s crucial to show them love, trust, and support, and to refrain from blame. Even if the abuse has been confirmed, it’s common for children to deny, downplay, or take back what they said happened.4 No matter your child’s reaction, show understanding and patience. Even though it may be difficult, managing your emotions will help you respond rather than react, meaning that you don’t react with your first emotion, but hold back so that you can respond in a way that will be most helpful to your child in the moment.

If your child comes to YOU to disclose their abuse, it’s important to believe them. Disclosing sexual abuse to a parent is a painful and scary process for anyone. That a child chooses to do so shows how much they trust you and your ability to protect them. As a parent, validate that trust by returning the favor. Assure your child that you believe them and that they made the right decision to tell you. This will not only reaffirm that they have reliable and trustworthy support in their life, but also that healthy communication leads to positive outcomes.3 Avoid disputing or questioning their account. Allow them to talk and tell you what they are ready to talk about. Don’t cut them off. Don’t make them go over it again and again. Disclosure isn’t just a one-time thing; as your child processes what happened to them they may be able to talk about it in a way that makes more sense. For now, let them tell it how and when they want. This will lessen the risk of them being re-traumatized by having to recount the abuse in more detail than they are ready.

Instead of, “Why didn’t you tell me?” you can say “You must have been nervous to talk to me about this.”

It’s crucial to not only believe the child, but to do all you can to ensure the person who abused them is unable to continue illegal sexual behaviors against your child or other children. If the person who engaged in these harmful sexual behaviors was another child or teen, it’s important that they get the help they need as well. Take the necessary steps (within your abilities) to ensure the abuse does not continue.

Notifying the police, cooperating with the investigation, seeking professional help (for both your child and the person who perpetrated the abuse), and protecting the child against any further abuse will demonstrate to your child that they are valued, safe, and worth protecting.3 Kids need to feel that appropriate action has been taken to show that the abusive behavior was not okay and is not acceptable. This may look different depending on each situation or person. Threatening to injure or kill the perpetrator may cause more anxiety, distress, and guilt for the child. While heightened emotions such as rage are understandable, they’re unlikely to meet your child’s emotional needs. The child may feel guilty for causing a crisis or disrupting family relationships, especially if the person who abused them was a family member or close friend. They may also view their abuser as their only friend or someone who cares deeply about them, as a romantic partner, or someone they think they’re in love with.1

You can take the initiative to seek out tangible solutions to problems, such as physically removing the person who abused your child from them (especially if the person lives in the same home), arranging medical and psychological support, and helping your child navigate interactions with law enforcement. This proactive approach will encourage your child to assume a proactive mentality.1 At a time like this, you will be your child’s most important advocate and you will want to make sure that their needs are being met so that they can experience long-term healing.

The Importance of Emotional Support

As a survivor of sexual abuse, your child is likely struggling with feelings of self-blame, anxiety, and worthlessness. During this critical time, emotional support will make all the difference. As previously mentioned, your love and support as a parent might be the most influential factor of all. This might not always be easy. Sometimes, legal and situational factors may make it more difficult to feel like you can continue to support your child. You may also experience stress, anxiety, depression, as well as symptoms of PTSD.1 Your child will likely look to you to model their behavior, making it all the more important to be aware of and monitor your emotional state. Remember that your feelings matter and need to be processed as well. Your own support system of friends, family members, or professionals can assist you in continuing to be there as a parent and to avoid placing blame on yourself or your child. This support and sense of security will help instill resilience and inspire hope.

Ask for help when you need it. This will show your child or teen that THEY can ask for help too.

Signs and Symptoms of Sexual Abuse

The signs of sexual abuse can be as individual as the child who has experienced it. Some children will show several common signs or symptoms of sexual abuse. Some may show no symptoms at all. With that in mind, know that the lists below are not definitive. You have to follow your intuition and do what you think is best for the child or teen in your life. If you feel like something is wrong, dig a little deeper and make sure that they’re safe.

We’ve divided the signs into two categories—physical and behavioral. Some signs are strong indicators that sexual abuse has occurred. Then there are other signs that may not appear to be directly tied to sexual abuse, but are sometimes considered common signs of trauma and may indicate other issues your child is dealing with. If you can clearly see your child’s behavioral or physical symptoms align with those below, you should immediately seek the help of professionals who can assist you in getting your child the help that they need, both now and in the long term.

If you see your child or teen with any visible signs of abuse, you should take it seriously and get them to a medical professional. While we recognize that children can fall down and get bruises or scrapes, that’s not what this list is referring to. These are physical symptoms that cannot necessarily be explained by their everyday activities. And while these symptoms individually may not definitively “prove” abuse has happened, it may alert you to take a closer look at what’s going on.*

If your child has experienced trauma from sexual abuse, it may show in their behavior, especially if there are no other life-changing occurrences that may explain the behavior changes. If you see these signs or symptoms, your child or teen would benefit from speaking with a professional to work through their feelings.

Healing Is a Journey, Not a Destination

Experiencing trauma in childhood, especially sexual abuse, can have long-lasting effects. Sometimes the full impact isn’t felt or seen for years. Your child needs your support, not just now, but in the long term. You and your child will both need to actively seek out healing resources and find the best way to work through the difficulties that will arise. It won’t always be easy, but it will make all the difference to them to have you by their side.

*There is a common myth that the hymen (a part of female genitalia) can tell you for certain whether abuse has happened or not. This is not a reliable indicator of abuse and shouldn’t be relied on as the only piece of evidence.